You awaken and immediately decide, it’s going to be a great day or you decide that it’s not.

You drive to work and the car next to you suddenly cuts you off, you can choose to immediately respond with understanding or with anger.

You get to work and your boss tells you about a change in operations that will happen next week. You can choose to be excited about the opportunity or fearful of the change.

Later in the day, you are asked to lunch by a couple of new guys from another department. You can decide to make new friends and go or be small and kindly decline.

Before you leave for the day, you receive an email about giving to an annual charity campaign. You can choose to give freely or hold on tightly.

When you get home, your toddler asks you to play ‘batman and monsters.’ You can make the choice to join in the fun or refuse.

At dinner, the dog jumps on your lap again, who let the dog in anyway? You can choose to be patient and calmly let the dog outside or you can show your frustration and fatigue.

After dinner, your oldest child brings in his math test, he earned a ‘B.’ You can choose to encourage and recognize the effort or tear him down by asking why it wasn’t an ‘A.’

When you go to work in your shop later in the evening, you can choose to wear PPE and work safely or you can make the choice not to wear it.

At bedtime, as you turn off the light, you can choose to tell your spouse what he/she means to you or you can keep quiet.

What kind of day would it have been if you chose the former in all cases? What type of day would it have been if you had decided on the latter in all situations? In these cases there are not any ‘rights’ or ‘wrongs’ just simple choices. The hidden secret of life however is that we are a product of the simple decisions we make each moment. Each day we make hundreds if not thousands of choices. We make a conscious choice for happiness, leadership, a smile, love, kindness or generosity. Or we just as easily opt for smallness, fear, anger, resentment, bitterness or hatred.

Today and every day is the best day of my life because:

I choose to be happy regardless of the circumstances

I choose to find solutions not problems

I choose to help the sick and poor, because they need our help

I choose to live free, in life and in spirit so no cage could or ever will hold me

I choose to fight for what’s right, no matter the cost

I choose to be the best, father, mother lover, husband, wife, brother, sister, son, daughter, friend, anyone could have

I choose to be healthy, and not give in to laziness

I choose to put in 200 percent in everything I do

I choose to see the glass half full because it is

I choose to fight the right fight and win

I choose these things because I am lucky enough to be able to choose, grateful enough to use the opportunity, and wise enough to know the difference between choosing and letting the world choose for me.

We use the rand every single day, whether it is paying for our rent, buying lunch, paying for that dream holiday or simply putting some away for that “rainy day”.

But have we ever thought of the history of our currency? Here are a few facts and information nuggets to get you  better acquainted with our “boks”

* The Rand was first introduced on the 14th February 1961 (Valentines Day!!!) after having used the Pound

~ Interesting fact: The notes came in two variants – one having English written first and the other with Afrikaans 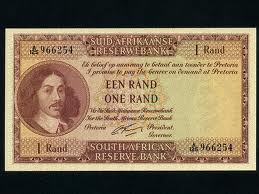 ~ Interesting fact: The phrase “Big 5” was coined by big game hunters when they referred to the most difficult animals to hunt on foot

While we all know which note is represented by which Big 5 animal – have you ever considered what the reverse of the notes represent? There is in fact a wealth of information about South Africa depicted. 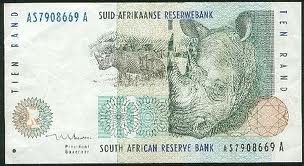 The reverse side is depicted by images representing “Agriculture”.  Our awesome country is basically self-sufficient in all major agricultural products. We are among the world’s top exporters of: 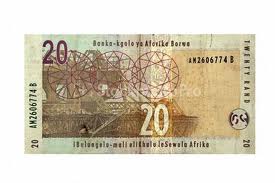 Representative of mining, of which South Africa is the world leader. We held the position of world’s largest gold producer for over 100 years (impressive!!!) until 2007. (Surpassed by China) We are the 4th largest producer of “a girl’s best friend” ~ diamonds.

Our Manufacturing industry! Sasol is the first and also the largest, oil-from coal refinery in the world! It provides as much as 40% of the country’s fuel. Putting us also in the top 10 exporters is that of primary steel.

Tourism, of which the zebra is the icon for our thriving tourism industry. From 2004, Tourism eclipsed gold as the foreign exchange earner. We are consistently receiving awards placing us among the top ten tourist destinations in the world. (Cape Town being voted as the world’s favourite city)

Our elusive Leopard note’s reverse side represents Tansport and Communication. South Africa has the distinction of being the first country in the world (!) to launch prepaid, “please call me sms”, free voicemail and invented touchtone dialling. We are ranked as teh fourth-fastest growing mobile communications market in the world.

Not everything goes perfectly in the printing world and in 2011, the Reserve bank issued defective R100 notes.- defective because they lacked fluorescent printing under UV light.

The Reserve bank had to shred approximately 3.6 million R100 notes printed by Crane’s, as they had the same serial numbers as a batch printed by the South African Bank Note Company.

And as if that is not enough the notes printed in Sweden were of the wrong colour and one millimeter short.

Where to from here?

On the 11th February, 2012, it was announced that there would be a new set of banknotes depicting the image of Nelson Mandela. These are in production, but no release date has been given.

From the time my son Angelo was 2.5yrs he already had quite a vast vocabulary and would say things that would leave us and others stunned.  I was advised time and time again to write these things down and regret that I often didn’t.  Here are a few things I did manage to either write down or with great difficulty due to my fabulous memory (not) that I remember.

So lets see.  From his huge heart in his tiny chest. He was barely 3yrs old when I was going through his clothes and taking some out, he asked me what I was doing and I said that I was taking his clothes to give to Magda, our domestic worker who’s shack had burned down and she has a son of the same age.  He runs down the stairs shouting… “Magda, Magda…don’t worry I will blow and blow the fire out.  Round about the same time the wind had blown one of my little trees down and he said don’t worry mommy, I will fix it.  There are loads and loads more, from asking me why the begger on the street is homeless and why we don’t just buy him a home to showing some humility to animals.

It must be said that with becoming 4!  A whole new world opens for them and this chicky attitude just kicks in.  Just before he turned four though, he welcomed a baby sister into this world.  He would say things like she smells like cookies and I just want to eat her.   Oh yes that reminds me…this left us quite open mouthed…I was due to go in for a C-section on a Monday but by Saturday had gone into labour, as we were driving to a friend to drop him off and in the car I had a bad contraction he turns to his dad and I and says…’guys, is my baby coming?’  How does a 3y.9m child know anything about this??? He often refers to her as ‘his’ baby.

On a recent visit to grandpa (my dad) who always has a slab of chocolate to hand out,  he was given a pack of batteries for all his remote controlled cars etc. Angelo says not to worry he prefers these batteries anyway, this brought grandpa a giggle, who was already feeling bad for not having the regular chocolate bar.  Also about a day or two ago apart from his supersonic ears, he also has amazing eyes…staring at the horizon he says he can see other countries, he can even see the peramints (pyramids) ofEgypt.

I could go on and on and maybe even phone a friend to who calls herself his grandmother and with whom I often share these stories with, she might have a dozen or more to add, but let me end by saying every child is so unique and precious and I’m sure you have a list of your own and enjoyed reading mine.

Till next time, yours in parenting… Petra

A world of Collective Nouns

Top of the day to you!

Ever been in a conversation and you want to refer to the collective name of a group of nouns – but just did not know what it was? We all know the basics such as a Pride of Lions or a Team of Athletes, but here is an extended list, with a few I bet you have never heard of! Now the trick is to remember what you have learnt!!!

Love – such a beautiful, yet confusing thing at times! 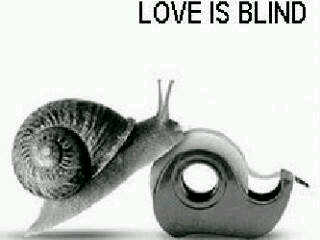 Thank you to my readers

A short note to say thank you to all my readers! For your comments, thoughts, likes and follows. It’s great to know that there is such an awesome community of like minded people across our beautiful planet!!!

Tags: thank you, thanks, thanx

7 secrets of success I found in my room

The 7 secrets of success I found in my room… So simple yet so effect!

And here is one for the boys! 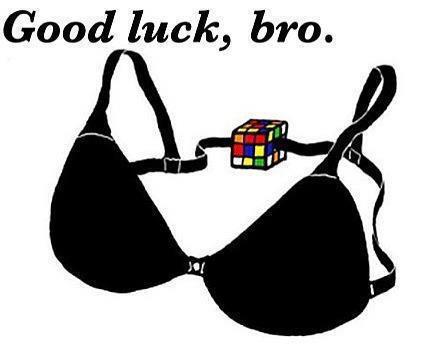 I think I look rather cute don’t you think? 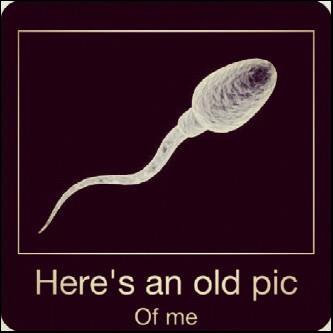