You awaken and immediately decide, it’s going to be a great day or you decide that it’s not.

You drive to work and the car next to you suddenly cuts you off, you can choose to immediately respond with understanding or with anger.

You get to work and your boss tells you about a change in operations that will happen next week. You can choose to be excited about the opportunity or fearful of the change.

Later in the day, you are asked to lunch by a couple of new guys from another department. You can decide to make new friends and go or be small and kindly decline.

Before you leave for the day, you receive an email about giving to an annual charity campaign. You can choose to give freely or hold on tightly.

When you get home, your toddler asks you to play ‘batman and monsters.’ You can make the choice to join in the fun or refuse.

At dinner, the dog jumps on your lap again, who let the dog in anyway? You can choose to be patient and calmly let the dog outside or you can show your frustration and fatigue.

After dinner, your oldest child brings in his math test, he earned a ‘B.’ You can choose to encourage and recognize the effort or tear him down by asking why it wasn’t an ‘A.’

When you go to work in your shop later in the evening, you can choose to wear PPE and work safely or you can make the choice not to wear it.

At bedtime, as you turn off the light, you can choose to tell your spouse what he/she means to you or you can keep quiet.

What kind of day would it have been if you chose the former in all cases? What type of day would it have been if you had decided on the latter in all situations? In these cases there are not any ‘rights’ or ‘wrongs’ just simple choices. The hidden secret of life however is that we are a product of the simple decisions we make each moment. Each day we make hundreds if not thousands of choices. We make a conscious choice for happiness, leadership, a smile, love, kindness or generosity. Or we just as easily opt for smallness, fear, anger, resentment, bitterness or hatred.

Today and every day is the best day of my life because:

I choose to be happy regardless of the circumstances

I choose to find solutions not problems

I choose to help the sick and poor, because they need our help

I choose to live free, in life and in spirit so no cage could or ever will hold me

I choose to fight for what’s right, no matter the cost

I choose to be the best, father, mother lover, husband, wife, brother, sister, son, daughter, friend, anyone could have

I choose to be healthy, and not give in to laziness

I choose to put in 200 percent in everything I do

I choose to see the glass half full because it is

I choose to fight the right fight and win

I choose these things because I am lucky enough to be able to choose, grateful enough to use the opportunity, and wise enough to know the difference between choosing and letting the world choose for me.

A world of Collective Nouns

Top of the day to you!

Ever been in a conversation and you want to refer to the collective name of a group of nouns – but just did not know what it was? We all know the basics such as a Pride of Lions or a Team of Athletes, but here is an extended list, with a few I bet you have never heard of! Now the trick is to remember what you have learnt!!!

Thank you to my readers

A short note to say thank you to all my readers! For your comments, thoughts, likes and follows. It’s great to know that there is such an awesome community of like minded people across our beautiful planet!!!

Tags: thank you, thanks, thanx

7 secrets of success I found in my room

The 7 secrets of success I found in my room… So simple yet so effect!

I received this from one of the most positive and spiritually in tune people I’ve met in a very long time!!! I trust it will inspire you as it has me!!

I give myself TOTAL PERMISSION TO FOLLOW MY HEART

to listen to my desires
to love myself completely
to make myself happy & joyful
to be deeply fulfilled
and live in purposeful ecstasy.
My body is an Open & Receptive temple for Divinity, Joy, Bliss, Fulfillment & Soulful Purpose to embody within.

I give myself COMPLETE PERMISSION to turn myself on
to bathe in love
& to embody the grace & wisdom of feminine divinity.

Leap Year – the ins and outs

Thirty days hath September, April, June and November;
All the rest have thirty-one
Save February, she alone, Hath eight days and a score;
Till leap year gives her one

Today is an extra special day – only seen once every 4 years!!! For some of you it is the birthday you barely get to celebrate – which some of us might be cause for the green monster as you age very well 😉 I think it should be an opportunity to do something you never ever do!!! While we all know that it is a leap year day, how many know why? I’m gonna take a quick look at that and then delve into the fun stuff of myths and traditions!!

So why do we even have a leap year??

So if we did not add one day extra we would lose nearly 6 hours from our calender in a year – and for those who don’t feel like working it out it would add up to about 24 days every 100 years!! Now, I don’t know about you, but time is already so precious to me that I don’t want to lose any more!! So bring on the 29th February!!!

How to know when it is a leap year??

To make things easy it is generally every 4 years, BUT did you know that in order for a year to qualify it actually has 3 criteria??

2. If the year can be evenly divisible by 100 it is NOT a leap year UNLESS…

But just to make things easier for you, here is a list of the up and coming leap years so you don’t have to go looking for a calculator!!

Shooo ok now that the brains have been worked a little, it’s time for some of the fun info regarding leap year.

It is said that St. Patrick was approached by St. Bridget, who had come to protest on behalf of all women the unfairness of always have to wait for men to propose marriage. After due consideration, St. Patrick offered St. Bridget and her gender the special privilege of being able to pop the question one year out of every seven. Some haggling ensued, and the frequency ultimately settled upon was one year out of four — leap years, specifically — an outcome which satisfied both parties. Then, unexpectedly, it being a leap year and St. Bridget being single, she got down on one knee and proposed to St. Patrick on the spot. He refused, of course, bestowing on her a kiss and a beautiful silk gown in consolation. (about.com)

And that as they say is all folks!
May your leap day be blessed and possibly filled with a few proposals!
xoLDxo

Thank you for all the support and love, may this day be special and memorable for you! 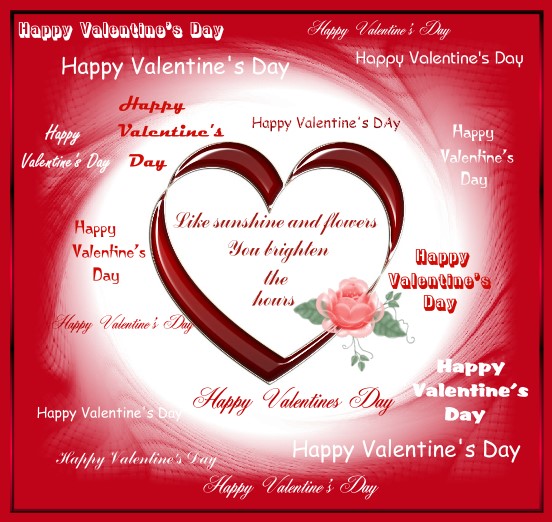 Things to do for Valentines Day 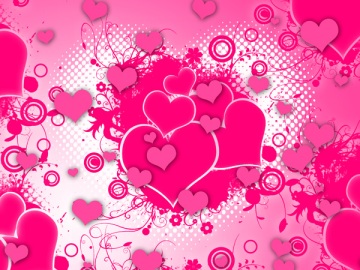 Love is all around us! Valentines Day is just around the corner! Have you decided what you are going to do to make that someone in your life feel extra special (after all you should be making them feel special every day of the year!) Here are a few ides and thoughts! Happy Loving!

Love Poems (some cheesy, some not):

Love is good, Love is true, Love is a dream, Since I met you

My pen is up, My ink is dry, My love for you, Will never die

Roses are red, Violets are blue, Sugar is sweet and So are you

Roses are red, Violets are blue, Be my Valentine, From you know who

Love is a word you can’t explain, It tickles the heart and bugs the brain

Love is like magic, And it always will be, For love still remains, Lifes sweet mystery

Kiss me once, Kiss me twice, I know it’s naughty, but Oh so nice

Down in the valley, covered in rock, stands three words: Forget me not

Postman, Postman be a dove and send this letter to my love

If kisses were raindrops, I’d send you a storm

With 2012 on our doorsteps, I’ve devised 10 things that I’m adding to my bucket list for 2012 which must be done! – This was my original first sentence, but as I was typing and thinking I noticed that my 10 things had grown to a list of 20! Honestly it made me feel so motivated and inspired, not to mention excited. I want to start on my list right now. Some of the items are once off things or things I need to concentrate on and a few such as the things I want to do at least once a month are going to get whole lists on their own! I’ve always thought of doing a lot of these, but somehow they always stayed just a thought. Somehow by putting keyboard to monitor, it makes it more real. Plus the fact that it is now published to the Big World Wide Web ensures that I can’t back out!

√ This is a three in one: Go on a fun cruise with friends / go to the Knysna Oyster Fesitival / go cherry picking

√ Submit a photo to a competition – and hopefully win

√ Train and ride in the Cycle Challenge

√ Read the following books: Animal Farm by George Orwell, A Christmas Carol by Charles Dickens, Lord of the Flies by William Golding, The Lion, the Witch and the Wardrobe by CS Lewis, Treasure Island by Robert Louis Stevenson.

√ Go on an overnight horse safari

√ Leave my mark in graffiti

√ Stay in the best suite in a five-star hotel (this one might take a bit of doing!)

√ Do something once a month that I’ve never done before

√  Keep a reflection journal on what my choices are, how I feel about them and where I am heading

√  Say no to anything that doesn’t contribute positively

√  Do or make something creative at least once a month

Well those are mine, obviously it is a very personal choice, but have you thought about some outrageous fun things you would like to do in 2012? Well put pen to paper and make it happen. I look forward to hearing from you what your list looks like and most importantly if you achieve them!